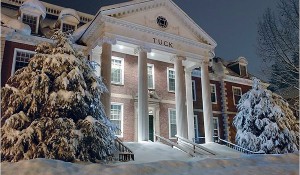 According to “The Huffington Post,” the U.S. Census Bureau reports that for the first time in U.S. history, more women than men are finishing college and receiving advanced graduate degrees. Writes Hope Yen of “The Huffington Post,” “Among adults 25 and older, 10.6 million in the U.S. who earned a master’s degree or higher were women, compared to 10.5 million men. Women, however, still lag men in subcategories such as business, science and engineering. In terms of finishing college, women surpass men in earning bachelor’s degrees, by 1.5 million. Demographers say the educational gains are part of a decades-long trend that is reshaping the workplace and what it means to be a stay-at-home parent.” Could it be that it might soon be easier for men applying to graduate schools…will they be an underrepresented minority? Not quite…although in some graduate programs more popular among females, the answer is already an unqualified yes.

But we at Ivy Coach wonder — with international students coming to earn college and graduate degree in record number (particularly those from China where estimates are that 120 boys are born for every 100 girls), how do these figures impact the dataset? The statistics cited above refer to adults in the U.S. and so, presumably, this does not include international students who come to earn degrees in the United States only to subsequently return to their native country. But many choose to stay. Are they included in this data only if they become U.S. citizens? Will they soon be included in the data and, if they are, will the turnaround of more women applying to graduate schools and earning advanced degrees than men persist?

And check out our related blogs: Law School Applicants and Medical School Rankings.