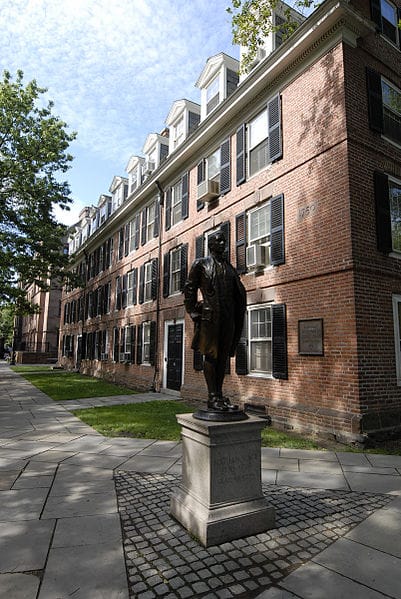 Some colleges will require students to submit all SAT and ACT scores.

Nearly eight months after The College Board announced its cryptic new Score Choice policy, we are just beginning to get answers as to how some colleges are going to handle the reporting of SAT scores. As a result of all of the confusion surrounding the Score Choice announcement, some students who may not have been prepared took SATs and Subject Tests with the thought that they would use these opportunities as practice. Now, these students are required to submit those “practice” test scores to colleges that will not abide by The College Board’s new policy.

According to an article in The Yale Daily News by Raymond Carlson entitled “No choice on scores,” “Yale will require applicants to send all their scores for the SAT Reasoning Test and SAT Subject Tests, Dean of Undergraduate Admissions Jeff Brenzel said in a statement Thursday morning. Yale will also require applicants taking the ACT to submit all their score results, Brenzel said. ‘We believe that our policy maintains a more level playing field for low-income students who cannot afford repeated testing or the expensive test preparation that often accompanies it,’ Brenzel wrote in the statement. ‘We also hope that this policy will help to discourage excessive testing and help to simplify testing issues for all of our applicants.’…When asked whether Yale looks only at a student’s best standardized testing scores, Brenzel said in an e-mail: ‘We do give primary consideration to the top scores attained. It can be helpful, though, to know how many times it took to achieve those scores.'”

Certainly admissions deans can make their own rules with respect to application requirements, but we are surprised that Yale is now going to require applicants to submit all ACT scores. For five decades, students have been admitted to colleges, including Yale, by utilizing the equivalent of Score Choice on the ACT. Now suddenly Yale is changing those rules as well. It will be interesting to see how Yale and other colleges are going to enforce their rules. In the article, Jeff Brenzel says, “We trust students to be honest when they report their testing as we do with other parts of the application, and of course there may always be consequences of varying kinds if we later discover that the student has misrepresented anything on his or her application…Yale’s policy relies on applicants’ integrity. Students applying to Yale will be on their own honor when submitting all their test scores, and there is no system to police students when submitting test scores, spokespeople for both the ACT and the College Board — which administers the SAT.”

If even the majority of applicants were to abide by this “honor code,” we question how equitable it will be, as there will always be some students who willfully neglect to report all of their scores. With advanced technology, there has to be a better method than an “honor system.” Instead, software could be put into place that would prevent the incomplete submission of scores to a selected college if that college requires all scores. When the applicant attempts to submit the application, an error message could then appear which would state, “To apply to ABC College, all scores are required.”

However, this isn’t the way it’s going to happen…at least not for now. On The College Board’s website, there is a message to colleges: “Score Choice™ is designed to be a user-friendly tool for both students and institutions. To ensure that students send you the correct scores, the College Board is implementing a new, easy-to-use online transaction system for score reporting that will make score selection completely intuitive. Colleges and universities will only receive the scores that students send them. The College Board will not provide scores to colleges against students’ wishes. When a student selects a particular institution for score reporting, not only will that institution’s practice be prominently displayed, but the scores corresponding to that practice will be highlighted for the student. For example, if your practice is ‘Highest Section Scores Across Test Dates,’ the student’s single best test date scores will be highlighted, making it immediately obvious which scores the student should select.”

If a student tries to deselect the scores requested by the institution, they will receive a warning message that they are deselecting a requested score. So, it’s a warning. What does that mean? It would just be much simpler if submission were not possible unless the rules were followed. This would help to level the playing field. But in light of the un-level playing field, It is thus Ivy Coach’s advice is to treat Score Choice as if it doesn’t exist and take the SATs and Subject Tests only when thoroughly prepared. Students can take as many practice tests as they’d like in the comfort of their own homes or at a test prep center. Ideally, an actual SAT should only be taken twice and a Subject Test should be taken only once. If a college allows the submission of only the highest scores, then there’s still a choice. If, on the other hand, a college requires all scores, then students must comply, but at least they can find comfort in knowing that their applications are going to be more favorably reviewed because they didn’t take the SATs multiple times.

While College Board is assuring students that colleges will be unable to access a student’s scores that are withheld, it is important to be aware that high school counselors receive a copy of the student’s entire score report. On a close decision when a college admissions officer calls a high school counselor for more information, there is always the possibility that in the course of that conversation, a school counselor inadvertently or intentionally divulges the student’s test scores that were not submitted to the college (even though this is a direct violation of FERPA law). As of today, in addition to Yale, highly selective universities that are going to require that applicants submit all of their SAT and Subject Test scores are: Stanford, Cornell, Penn, Georgetown, Pomona, USC, and Claremont McKenna. In the next few months, we will see if other colleges adopt similar policies.

While you’re here, check out related posts on Score Choice and inconsistencies in The College Board’s score-reporting policy.