The Manhattan kindergarten admission process is changing. Yes, you read this correctly. Kindergarten admission in the borough of Manhattan is quite competitive and, for years, the ERB test has been the equivalent of the SAT for college admission. But the ERB test — what was once a status symbol for Manhattan’s elite — is on the verge of extinction. According to an article in “The New York Times” entitled “Abandoning E.R.B. Test May Also Put End to a Status Symbol,” “From the Upper East Side to Brooklyn, score-dropping in playdates and parks is common, with high marks flaunted by the parents of children who excel with 99s and anguished over by those who have to explain anything less.” Yuck, yuck, yuck! 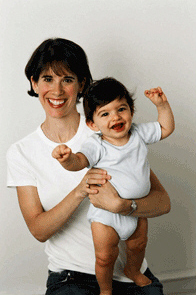 We recommend Stephanie Sigal of Say and Play Family for Manhattan kindergarten admissions prep. She was recently featured in “The Atlantic” for her work.

Apparently, according to the article, many private schools in Manhattan have compared talking about childrens’ ERB scores with talking about salaries. It’s not cool. And yet Manhattan parents do talk about ERB test scores. Many rising kindergartners score 99’s on the exam. And then there’s everyone else. Many parents in Manhattan say they hear of a lot of 99 scores and a lot of 70’s and 80’s. And the performance of the kids who score in the 70’s and 80’s is almost always chalked up to a bad test day. They were distracted or sick or what not. Rarely do parents hear of kids who score a 90 or 95. Isn’t that interesting?

According to the piece in “The New York Times,” “Even more damaging than the social pressure is the potential for a nonstratospheric score to color a parent’s own perception of a child. One mother of three children said that her first son scored 99, but her second one received only a 90. ‘For a moment, you have to check yourself,’ said the mother, who declined to be identified, but who admitted being surprised and disappointed.”