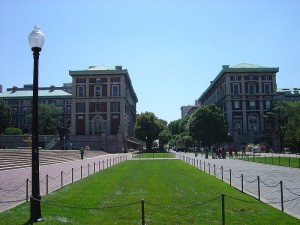 Columbia sends out what are known as “Likely Letters.”

If you get a letter from a college that tells you that the admissions committee was deeply impressed by your application and that you’re a likely candidate for admission, you’ve just received what is known as a Likely Letter. Likely Letters are sent out by many of our nation’s highly selective universities in the Regular Decision round in the hope of wooing the strongest applicants in the pools. After all, these schools know these same applicants submitted applications to other highly selective universities. So their thinking is that by letting you know before the first week of April that you’re a likely candidate for admission, you’ll show your love back to the school by choosing them over the other schools to which you applied. In short, they’re believers in the primacy effect of social psychology: people tend to better recall the first piece of information they receive than subsequent pieces. So what exactly does a Likely Letter look like? Wonder no more!

Here is a Likely Letter one of our students recently received from Columbia University.

I am writing to inform you that your application to Columbia University has been carefully evaluated and that you have earned designation as a likely candidate for admission to Columbia College. As long as our midyear review finds that you are maintaining your current level of academic progress and good standing, you can expect to receive favorable word when admissions packets are mailed on March 30th.

The Committee on Admissions was deeply impressed with your scholastic and personal achievements, and we look forward to all you might add to our rich campus community. I offer you my sincere congratulations on your accomplishments thus far and eagerly anticipate those that lie ahead.

If we can be of any help to you, please do not hesitate to contact the Admissions Office at ugrad-ask@columbia.edu or 212-854-2522. Please save these dates for Columbia College Days on Campus for admitted students: April 10th and 11th or April 17th and 18th, when events will include a hosted overnight visit, a chance to sit in on classes, tours of New York City and much more. I hope you can join us.

All of us here wish you the best during the exciting months ahead.

Likely letters are a way for colleges to let you know that they want you, that barring a major drop in your senior year grades, you will in all likelihood be admitted. In the Ivy League, in particular, where athletic scholarships are not offered, it is quite common for recruited athletes to receive Likely Letters between October 1st and March 15th. The Ivy League colleges are particularly motivated to send these letters out to their sought after athletes because other Division I schools that are not in the Ivy League can often essentially grant admission to recruited athletes whereas in the Ivy League, every student is admitted through the Office of Admissions. Each team has a certain amount of slots and each team carries a certain amount of weight. A point guard from Oaks Christian Academy who can help revitalize a basement-dwelling basketball program at Brown has a stronger chance of admission than a :49 second 100-yard freestyler because basketball takes precedence over swimming. Basketball is a revenue generating sport, whereas swimming is not.

When Harvard and Princeton eliminated their Early admission programs four years ago, this proved another setback for coaches at these universities hoping to secure the best possible talent for their respective teams. Said Harvard women’s volleyball coach Jennifer Weiss at the time, “Now that we don’t have our early action program, it’s very important to have likely letters. We’re still competing against schools that [do]. People are making decisions early. They can’t hold out a decision from Harvard until April.”

Should you receive a Likely Letter, know that you are under no obligation to attend that college just as they are under no obligation to admit you. In fact, in the Ivy League, colleges are not permitted to ask for a commitment when they send you a Likely Letter. In fact, admissions offices will not even inquire if you plan to attend when they send out a Likely Letter. Does that mean a coach won’t call and ask you if you intend to matriculate? No, coaches are human. They want to help their team and secure the best possible class of recruits. So yes, they will ask, but you don’t have to answer in the affirmative.