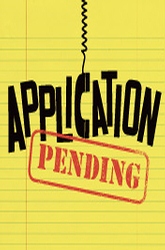 We can’t wait to see this live performance about kindergarten admissions!

Kindergarten admissions in New York City can be an intense process…as silly as that may seem. Kindergarten admission in this area of the country isn’t all fun and Playdough. There are lots of potential kindergartners and only so many slots at the best kindergartens. With so many New York City — and particularly Manhattan — parents believing that if their child doesn’t get into a good kindergarten, he won’t get into a good elementary school, he’ll be on the outside looking in at the good middle schools, and as for a good high school?…Forget it. Ivy League admissions is out the window (at least in their minds). It’s all a little ridiculous. And it’s why we at Ivy Coach don’t help kindergarten applicants gain admission to their dream kindergartens. But we do recommend Stephanie Sigal as there’s nobody more knowledgable and skilled at this process than this expert.

But anyhow, there’s a live kindergarten admissions performance coming to New York City! Yes, you read that correctly. Entitled “Application Pending” and set to star Christina Bianco, it’s written by Greg Edwards and Andy Sandberg (not to be confused with the actor on the Fox comedy series “Brooklyn Nine-Nine”) and directed by Sandberg (a Yale graduate who has really made a name for himself on Broadway since his graduation from Yale in 2006). As the performance is advertised, “‘Application Pending’ is the hilarious new comedy about the cutthroat world of kindergarten admissions at a New York private school. In a comedic tour-de-force, Off-Broadway star and YouTube sensation Christina Bianco plays rookie admissions officer Christine and over forty other roles, including the dozens of wild personalities she has to deal with on her first day on the job.”

It sounds absolutely hilarious if you ask us. Oh and it has a cute tagline too: “A grown-up comedy about kindergarten admissions.” You had us at admissions. Duh. We can’t wait to see it! What a great idea for a live performance. We encourage everyone in the New York City area to go and check it out.