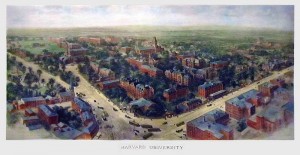 Is Harvard doing a good job recruiting African American students? It seems so based on this data.

According to an article written by Jeevan Vasagar entitled “Harvard admits record numbers of African-American and Latino Students” in the UK newspaper “The Guardian,” Harvard University is in record territory this year with its admissions statistics as they relate to minority applicants – specifically African American and Latino students. “While Oxford draws criticism for the racial profile of its intake, Harvard’s latest admissions figures show that 11.8% of its new students for this autumn will be African-American and 12.1% Latino – thought to be record proportions of the two minority groups. Among the 2009 intake, 10.8% of students at Harvard were African-American, compared with 8.2% at Princeton, and 7% at Yale. To put the data in some context, African-American students made up 14% of US college enrolments in 2008.” The article also states that over 60% of students who received acceptance letters to Harvard University are eligible to receive need-based financial aid that averages over $40,000.