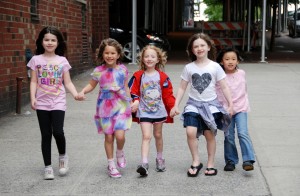 If you’re 22 years old and thinking of having children in about a decade, it’s high time to begin thinking about getting your future son or daughter into preschool. We’re kidding! That is absolutely ridiculous. And yet if you read a piece by Anika Jackson entitled “Rejected by Ivy League kindergarten” in “The Chicago Tribune,” it doesn’t seem all that farfetched. Kindergarten admission is getting more competitive than ever and this isn’t only true in New York City. It isn’t only true in Los Angeles. It’s true across many American cities. Ms. Jackson tells us how it’s the case in Houston, Texas, where her family moved after leaving LA. She figured there would be less pressure there during her daughter’s formative years. Not so much, as she would learn.

Writes Jackson, “By the December before she [her daughter, Siri] was to start kindergarten, some schools were already full, and application deadlines for many more had passed. We hired an educational consultant to help us navigate the process. She told us that stakes for early education are rising across the country. Increasingly, the process of getting into preschool looks more like getting into an Ivy League university. We spent more than 10 hours a week researching schools, taking campus tours, filling out applications and submitting Siri to required testing and observations. A friend of Siri’s even had a playground observation, to make sure he could swing by himself. The children aren’t the only ones under pressure. During school tours, parents make aggressive moves to get extra time with admissions officers. Applications require sometimes lengthy essays on your child’s personality and aspirations. You find yourself excessively judging your 4-year-old: What if her desired profession is one that admissions officers don’t think is important or smart enough?”

If you read through Ms. Jackson’s piece, you’ll hear how an admissions officer at one of these fancy preschools said this to her about her daughter, Siri: “Her recommendations were good, and her test scores were great, but she didn’t give us anything to work with.” That’s disgusting. That admissions officer should be out of a job. The kid is four. She doesn’t work.

If you’re curious as to whether or not Ivy Coach offers kindergarten admissions prep, we most certainly do not. And we’ll tell you that with a laugh. However, since we get so many calls about this, we’ve done our homework. And Stephanie Sigal of Say and Play Family is the absolute best in the field of working with parents and children navigating the kindergarten admissions process. Who knew getting into kindergarten — and preschool — could be so tough! Oy vey.