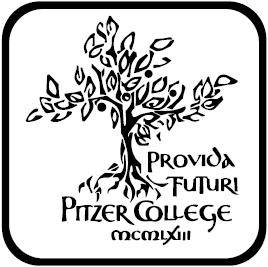 In a personal and revealing op-ed piece in the April 3, 2009 edition of “The Los Angeles Times,” Angel Pérez, the director of admission at Pitzer College in Claremont, CA writes about his experiences in reviewing applications. He talks about how when he visited a high school in his assigned geographic area, one student in particular impressed him. Based on everything that the student accomplished as well as his interests and goals, the student made it clear to Mr. Pérez how he would be just the right fit with Pitzer’s “culture” of social justice and social responsibility.

Admissions deans have found that accepting students who have clearly demonstrated interest increases the college’s yield and positively effects its acceptance rate. The value that the college places on applicants demonstrating interest allows the college to accept a lower percentage of applicants to fill its class, which in turn raises its rankings with “US News and World Report.” For the Class of 2013, the most competitive class in history, we at Ivy Coach are not surprised that there are long waitlists at most of the highly selective colleges. In fact, we actually predicted this to happen in early blog posts.

The regional admissions counselors from the colleges to which you apply can and do advocate for their students. So when this person visits your high school, make sure that you attend this meeting. These visits typically take place in April, May, June, September, or October. If there is no visit planned, then find out if there’s a scheduled evening visit at a local hotel or at another high school in your area. Before and after you submit your application, follow through with occasional e-mails to your regional admissions counselor. The personal contact that you have made throughout the admissions process just might help you to gain acceptance to the college of your dreams.

In Pérez’s op-ed piece, he states,

“…I also recall the young man from New York City who was academically below our margin. If I had read his application without meeting him, I probably would have denied him admission. But he showed up for my school visit when I was in New York, and had several contacts with me throughout the year. Then I interviewed him, and in my evaluation I wrote, “This kid bleeds Pitzer College.” He was concerned about issues of social justice and social responsibility — two key values that our institution was founded on. Clearly this kid had done his research and was determined to help me realize that he was the right fit.

His application eventually arrived on my desk, and I knew he was not going to be an easy admit. With a GPA below our typical average of 3.9 and no test scores submitted (we are a test-optional institution), the committee was not going to be kind. Therefore, I decided to read parts of his essay out loud to the committee. I needed to make sure they saw him outside the context of his numbers. They laughed out loud in response to this young man’s humor, and they could not believe how much time he took to demonstrate to us how right he was for Pitzer.

I followed up the reading by telling them about my impressions from the interview: “He won’t graduate top of his class, but he is going to be a powerful presence here.” One of our staff members, who was clearly impressed, said, “This kid really does want to change the world, doesn’t he?”

In the end, personal contact made a difference, and the young man’s ability to paint a clear picture as to why he was the perfect match for our institutional culture won us over…”