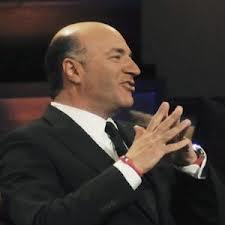 Nonverbal behavior matters during college admissions interviews. This hand gesture by Shark Tank‘s Kevin O’Leary is called The Steeple. It’s a gesture of extreme confidence. Don’t do it on a college interview!

The college interview is an opportunity for the university to which you are applying to get to know you. Regularly on the pages of our college admissions blog, we discuss the questions that are typically posed, what would be considered positive and negative responses, and how you can maximize your chances of having a successful college admissions interview — be it with an alum or an admissions officer. On our Informational Videos page, you will even find a humorous and informative video about what you should definitely not do during a college alumni interview and we encourage you to check it out so as to avoid some common pitfalls.

But right now, we’re going to discuss a specific aspect of college interviews that you may not think about all too much. This has nothing to do with what you say, but instead, it has everything to do with what you don’t say. After all, nonverbal behavior can prove equally, if not more important, than verbal behavior in influencing an interviewer’s perception of a candidate. According to studies by Yale psychologists J.E. Dovidio and S.L. Ellyson, nonverbal behaviors have the most significant influence on an interviewer’s perception of a candidate and has much to do with the power dynamics at play.