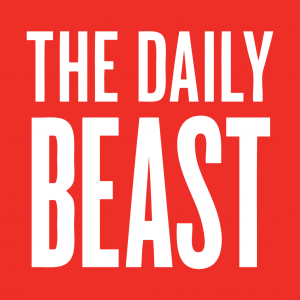 As expressed in an article of “The Daily Beast,” don’t use profanities in your college essays. It’s a major mistake.

There is a funny article in “The Daily Beast” by Kristina Dell that shares the anecdotes of college admissions counselors from this year’s record batch of applications. Many of the anecdotes revolve around silly or even comical things students do during the course of the college admissions process. The majority of these anecdotes are drawn from ridiculous mistakes college applicants make in their college essays. Let’s take a look at some of them.

Said Jim Miller, Dean of Admissions at Brown University, “There was a really strong candidate we didn’t admit because he used an enormous amount of profanity in his personal essay. He had a string of F-bombs that was pretty remarkable. I am not opposed to profanity and sometimes it can work. But, every third word doesn’t work. Otherwise, he would have gotten in.” If cursing didn’t take the cake, another Ivy League admissions counselor said this about an essay: “We had one great line. A young woman wrote that she took a summer course and she meant to say in ‘organismic biology’ but she wrote ‘orgasmic biology’ and went on to say it was the best course she’d ever taken. We didn’t reject her for that outright, but it makes you look twice.”

As we discuss so often with our students, it’s essential to select teachers who will write excellent letters of recommendation for you. It’s important to know how these teachers feel about you as a student and as a person. It’s also important to know that they are capable of writing great letters of recommendation — and that’s something a student’s guidance counselor will often know in advance from their past experiences with letters of recommendation from that teacher. Said an Ivy League admissions counselor, “Pick teachers who know you. Sometimes teachers will damn you with faint praise. One teacher wrote about a student: ‘He is not just an athlete. There is so much less here than meets the eye.’ Another teacher wrote about a different student: ‘Over time, he has developed a set of friends who have learned to tolerate and even accept him.’ Both of these students didn’t get in.”

And yet sometimes, students can write such powerful, moving essays that they inspire college admissions counselors to contact the applicants. For instance, Richard Nesbitt of Williams College describes one student’s essay: “One applicant talked about how she loves to bake bread. The person who was reading her essay happened to have focaccia bread baking in the oven at the time of reading the application. The reader was on the same wavelength and even emailed the student to say, ‘I really liked your essay and here’s my recipe for focaccia bread.’ It’s a funny coincidence, but even the second reader who wasn’t a bread baker was similarly impressed by the application.” Timing sometimes matters!

But let’s get back to the mistakes! Aside from mistakes on the essays, college admissions counselors discuss in “The Daily Beast” how one student sent pies, claiming she wasn’t a good athlete but she was a good baker. The admissions counselors thought the pies were quite tasty but this did not lead to an acceptance. Another student sent a life-size blowup of herself attached to balloons. It was supposed to fly…but alas the balloons didn’t work. And yet another student staged a sit-in in an admissions office lobby, refusing to leave until she was able to speak to a few admissions people. Needless to say, this tactic proved as ineffective as the pies and the blow-up person attached to balloons.

And read about other grave mistakes like plagiarizing your college essay.