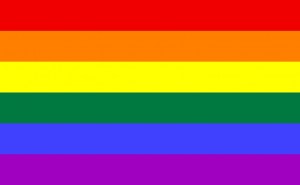 The makers of The Common Application debated this year whether or not to include a question that asks students their sexual orientation. The makers of the application ultimately decided against including this question. At least for now.

If this question were to have been included on the most ubiquitous college application, it’s possible that it could have caused some college applicants distress. What if you’re gay but closeted and don’t want your high school guidance counselor (who might see your application) to know your sexual orientation? What if you’re not out to your parents and they review your application on your desk when you’re asleep? What if you’re gay but you just don’t know it yet or haven’t fully come to terms with your sexual orientation? What if you don’t think it’s a university admissions counselor’s business to know this about you? What if you just don’t know yourself?

According to “The Chronicle,” “[Rob] Killion [of The Common Application] describes the decision as difficult. Board members, he says, weighed the possible differences among applicants from different backgrounds. For instance, how might a gay or lesbian applicant in rural Oklahoma differ from a gay or lesbian student in Manhattan?” We at Ivy Coach think there are often times other ways on college applications for university admissions counselors interested in recruiting a diverse incoming class to be able to identify whether or not an applicant is a member of the LGBT community.

Check out the article here.

And check out our related post on Harvard ROTC.