At Ivy Coach, we provide college counseling to students seeking admission to Ivy League colleges as well as other highly selective universities. Whether it’s through Zoom, phone, or email, we are able to work with students from across the United States and around the world.

To get into a highly selective college, applicants must stand out from the tens of thousands of applications that colleges receive each year. It’s no wonder so many parents have been seeking assistance from educational consultants.

We offer a free 20-minute consultation to parents and students by telephone (or Zoom audio if the parents and students are outside of the United States) to learn about Ivy Coach’s services. Students are not necessary on this call since it’s strictly to ask questions about our counseling services and how Ivy Coach can help your family navigate the highly selective college admissions process. All we ask is that you complete our free consultation form. Once we receive your completed form, we will email you our fees along with a delineation of our service and ask you to respond if you’re interested in scheduling a call. Based upon the 20-minute consultation, we will recommend to you how we can proceed.

For students who first come to us as middle schoolers or as ninth, tenth, or eleventh graders, we begin with Ivy Coach’s one-hour Strategy Session with a former Ivy League admissions officer. One comment we so often hear is: “So much of what I thought I knew was wrong.” During this Strategy Session, we:

Brainstorm a compelling extracurricular hook so your child presents as singularly talented rather than well-rounded in activities. Our nation’s top colleges don’t want students who excel in squash, piano, classical Indian dance, and debate. They want students who are going to change the world in one super specific, often small way. Our students at Ivy Coach always present as interesting to admissions officers through their singular focus (or weird as we like to say).

Create a plan so your child is sure to max out on a school’s courses — and beyond. Just because your child goes to a top high school doesn’t mean they’re taking the most rigorous curriculum possible. And even if they are taking the most rigorous curriculum, it doesn’t mean they can’t take courses beyond their high school not only to stand out from other applicants to elite universities but to stand out from other applicants from their own school. Sorry, but taking BC Calculus as a senior just doesn’t cut it.

Identify which exams to take and when to take them. Test-optional? That’s cute. All else being equal, students with great test scores will always have an advantage over students with no scores. But it’s not just about the SAT / ACT. There are likely tests your child isn’t planning on taking that they should be taking.

Discuss how to properly demonstrate interest to colleges. America’s elite colleges want to be loved — and for the right reasons. Your child is going to learn how to demonstrate love effectively. For students later on in high school, we will also help identify which colleges should be in their sights and which should not.

For students who first come to us in twelfth grade prior to college application deadlines, we conduct Ivy Coach’s PreMortem™. It’s a one-hour strategy session with a former Ivy League admissions officer to correct mistakes and reposition your child’s narrative to avoid deferrals and denials. We understand your child’s priority is completing outstanding applications and essays. In fact, it’s a big part of what we do at Ivy Coach. But we cannot work on applications and essays without first creating a strategy for your child’s candidacy, without first figuring out what can make them interesting (or weird as we like to say at Ivy Coach), and without first offering insights to optimize their case for admission.

During the PreMortem™, we:

Brainstorm a compelling extracurricular hook so as to present as singularly talented rather than well-rounded in activities and those all-important essays, including not only the Personal Statement but all of those equally important supplemental essays which need to be uniquely tailored to the individual colleges.

Compose an appropriate list of colleges, including a wise Early Decision / Early Action strategy, one based not only on your child’s individual metrics but also based on their high school’s relationships with various elite colleges.

For students who first come to us in twelfth grade after receiving a deferral or denial in the Early Decision / Early Action round, we conduct Ivy Coach’s PostMortem™. It’s a one-hour strategy session to correct mistakes and reposition your child’s narrative to avoid making the same mistakes that were made in the Early Decision / Early Action round in the Regular Decision round. We understand your child’s priority is completing outstanding applications and essays. In fact, it’s a big part of what we do at Ivy Coach. But we cannot work on applications and essays without first creating a strategy for your child’s candidacy, without first figuring out what can make them interesting (or weird as we like to say at Ivy Coach), and without first identifying what needs to be corrected so they face different results in Regular Decision.

During the PostMortem™, we:

Offer feedback on up to three college applications. We go through every section of each application, including the essays and non-essay portions. We don’t sugarcoat. We tell it like it is — whether or not you want to hear it. And why? Because we’d rather you hear it from us than face the same results you faced in the Early Decision / Early Action round. Something you did didn’t work. Now’s your chance to correct course.

Brainstorm a compelling extracurricular hook so as to present as singularly talented rather than well-rounded in activities and those all-important essays, including not only the Personal Statement but all of those supplemental essays which need to be uniquely tailored to the individual colleges. In the Early round, the college assumed your child wanted to attend. But in Regular Decision, their task is to convince each school into believing it’s their first choice — by showing rather than telling. Through this session, you’ll find out how to do so.

Correct mistakes on the seemingly insignificant but super important non-essay portions of the applications. Even so much as including a social security number can hurt a student’s chances of admission as doing so implies the student is applying for financial aid. The list goes on!

Compose an appropriate list of colleges for Regular Decision, one based not only on your child’s individual metrics but also based on their high school’s relationships with various elite colleges.

For students who have been either deferred in the Early Decision / Early Action round or waitlisted in the Regular Decision round, we help them craft a powerful Letter of Enthusiasm that offers them the best possible chance of ultimately earning admission. After completing the Postmortem™, we then begin our work on the letter.

Brainstorm and revise a powerful love letter to the school that has placed the student in limbo. The letters that most students submit after a deferral or waitlist consist of brags and updates. It is the precise opposite of the approach Ivy Coach’s students take in their letters. Our students’ letters contain no brags and no updates. They are persuasive love letters that show rather than tell how a student is going to contribute their singular hook to that institution. It’s a big reason why they are so effective.

The vast majority of applicants to highly selective 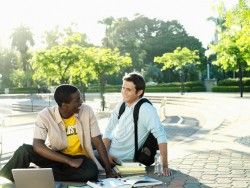 colleges submit applications that not only don’t help their case for admission but indeed significantly hurt their chances. They submit cliché essays about sports, community service, deceased grandparents, trips to Nicaragua, and playing first chair violin. ZZZzzz. And then some. They submit supplemental essays that don’t convey why they want to attend a specific university. Maybe the premise of their Why I Want To Go To A Specific College Essay focuses on that university’s great liberal arts education. Well, they’re not fooling anyone. Just about every highly selective college offers a great liberal arts education. Our students do their homework. They show rather than tell admissions officers how much they want to attend a specific university and why.

For most highly selective colleges, there are a number of supplemental essays in addition to the Personal Statement on the Common Application. Some students may choose to work with us on just a few college applications and some students may choose to work with us on several applications. Ivy Coach’s packages, which includes interview prep, revisions to the Common Application (there are so many mistakes that students can make on the application alone that they may not realize!), assistance with letters of recommendation (yes, students can help their teachers and school counselor craft powerful letters of recommendation), etc., depends on the number of schools you seek our assistance with — be it three, five, or ten colleges.

Whether a student works with us on three applications, including to an Early Decision or Early Action school, or on up to five or ten applications, we will help that student find his or her angle so that in a sea of boring and trite applications, this student’s application is a refreshing and unique gem. Helping students tell their stories so that they’re distinctive and interesting is a big part of Ivy Coach’s secret sauce. And it’s a big part of the reason why our students tend overwhelmingly to gain admission to their dream colleges.

Ivy Coach’s Unlimited Package offers our clients the ultimate level of continuous personal attention to every detail in college admissions counseling. The Unlimited Package is our most exclusive college counseling concierge service. If the student is seeking our help with applying to up to 20 colleges (20 is the maximum number of colleges allowable through the Common Application), each requiring different, uniquely tailored essays, then this service is highly recommended. As a college consultant, we can provide the student with a step-by-step approach of guidance so that the student stands the best chance of admission to each of these many universities. While many parents initially inquire about our Unlimited Package, the vast majority of Ivy Coach’s students work with us on three, five, or ten colleges and that is typically because of the fee for the Unlimited Package. And we make no apologies for this fee.