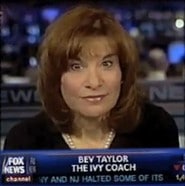 Bev Taylor is a college counseling expert and the Founder of Ivy Coach. In a sea of thousands of private college counselors, her name is synonymous with helping students beat colleges at their own game and earn admission to the colleges of their dreams. Read an article over the years in an Ivy League newspaper on the breakdown of an incoming class and you’ll likely find a quote from the Dean of Admissions that makes for great PR for the school followed by a quote from Bev that filters out the spin. From debunking the myth of need-blind policies to calling for an end to Asian American discrimination in admissions, over the last quarter of a century, there has been no more outspoken, ubiquitous, and candid a voice in highly selective college admissions than this trailblazing authority.Read MoreLess Text

For those parents and students interested in working directly with Bev, know that she works with only three students every year. And in just about every case, she subsequently works with the client’s younger sibling, too. So her availability to prospective clients is limited — but a possibility depending upon the year. 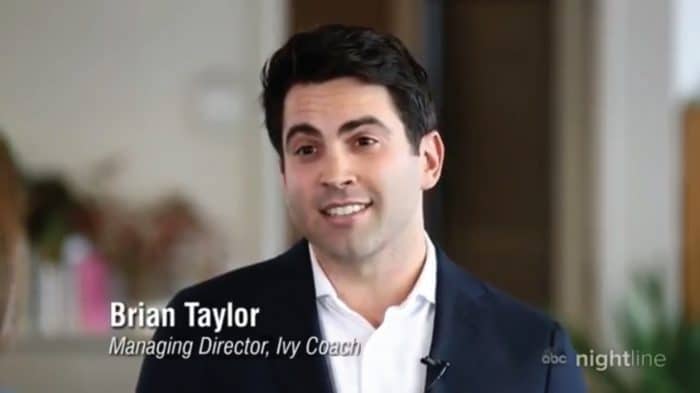 For over 15 years, Brian has been helping students at Ivy Coach gain admission to the highly selective colleges of their dreams. The son of the Founder of Ivy Coach, Brian, a graduate of Dartmouth College with a degree with honors in psychological and brain sciences, grew up immersed in the business of highly selective college admissions and built this business at his mom’s side.Read MoreLess Text

If you’re a regular reader of the most widely read college admissions blog, it’s Brian who oversees and writes much of this content, serving as a tell it like it is, keep everyone honest thought leader in highly selective college admissions. In fact, when Ivy Coach hires former admissions officers from Ivy League colleges, it never ceases to tickle us when they tell us that the blog is read in just about every admissions office over morning coffee.

Read an article these days on college admissions in The Daily Pennsylvanian, the newspaper of the University of Pennsylvania, and you’d be hard-pressed to find Brian, a member of the National Association for College Admission Counseling, not quoted, sharing insights on topics ranging from the impact of connections in admissions to why to choose the Ivies. Read his quotes in The Brown Daily Herald, the newspaper of Brown University, on college rankings. Or in The Harvard Crimson, the newspaper of Harvard University, on the waitlist or the elimination of SAT Subject Tests. Or in The Yale Daily News, the newspaper of Yale University, on why Yale’s applications dipped one year. Or in Barron’s on the topic of college tours, The New York Times on summer courses or first generation status in admissions, The Washington Post on summer enrichment programs, or Le Monde on how great grades aren’t enough. And watch him on ABC’s Nightline discussing the college admissions scandal. You get the idea.

So much of the highly selective college admissions process comes down to a student’s ability to share his or her unique story with admissions officers. Brian knows how to shape great stories. In fact, he works with some of the most gifted storytellers of our time. He won a Peabody Award executive producing the acclaimed Showtime series The Good Lord Bird, based on the National Book Award-winning novel, which earned an Emmy win and features a Golden Globe-nominated performance in the role of Ethan Hawke as American abolitionist John Brown. The series won the Peabody Award for being one of “the most compelling and empowering stories released in broadcasting and streaming media in 2020” and was honored by the American Film Institute as one of America’s greatest screen stories for its “contributions to America’s cultural legacy.”

It is the sincere opinion of Ivy Coach that most private college counseling firms don’t know how to help students write well and, in many cases, they don’t know how to write well themselves. Brian’s exposure to the storytelling and craft of some of the great writers of our time has proven instrumental in how he helps Ivy Coach’s students — through his unapologetic, straight-shooting approach — present themselves in the most interesting way possible to admissions officers. Hollywood is about storytelling to folks with limited time and attention. So too is college admissions.

Each year, Brian also works with select veterans of America’s military on a pro bono basis to help them gain admission to the colleges of their dreams. 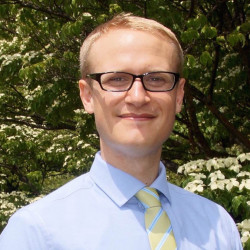 We Have Also Been Featured In Every Ivy League Newspaper